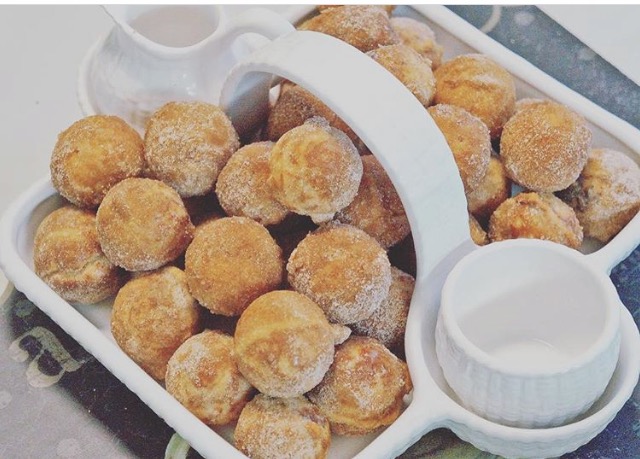 1.  In mixing bowl with electric mixer, beat together the Whey Low® Type D Granular and shortening until light and fluffy; then beat in egg and vanilla.

3.  Blend flour mixture and milk alternately into shortening mixture, beginning and ending with the flour mixture; beat just until combined.

5.  Bake in preheated 350-degree oven 15 minutes or until golden brown.

6.  Dip immediately into butter and then roll in cinnamon mixture.

2.  In another bowl, combine the Whey Low® Type D Granular and cinnamon.

* These puffs are equally good coated with a vanilla glaze made of sifted Whey Low® Type D Granular, vanilla and a little milk!

* The puffs can also be made in an electric cake pop maker or
donut-hole machine.

* Extra puffs can be frozen and reheated in oven or microwave.